The subject of how you become a ‘better manager’ seems to come up all the time. I’ve had the privilege to lead some amazing teams (especially the current team at Conductor), and I’ve tried to always think about what were the behaviors of a team leader that maximized the team output. I’ve learned many of them the hard way – by doing the opposite. What started out as a conversation over lunch with a colleague, and then merged into a simple ‘top X’ list has transformed into a bit of the diatribe below. I’d like to point out that this is my list of traits I think are critical/important and I’m certain I fail on these spectacularly (especially if any of my employees are reading this, permission to call me out given and encouraged.) So here we go… 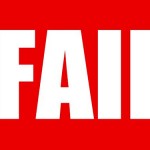 1) Let your people fail – Safely
Saying ‘let your people fail’ may seem like a crazy statement, but if your team isn’t reaching farther than they have before – they’re being complacent. ‘Experience’ is what you learn when you fail. You can hire experience – and buy learnings that were failed on someone else’s dime. But you get the greatest effect when you let your own team fail in a way that is positive. You have to give them tasks that push their boundaries of what they think they can do – and give them some projects that they are not comfortable with (and that are going to be pretty hard for them.) But you can’t give them a new task/project to ‘own’ in which a failure will be materially negative to them (or the team, or the company). An environment where it’s OK to fail safely means that you’re taking on projects and ownership that push you – and if failure occurs sometimes, it’s ok, it’s a learning experience. When you have a consistent approach to challenging your people here, your team takes on your job, and you can focus on your own growth. 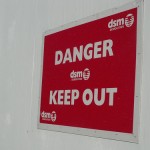 2) Don’t take away ownership
As a leader, there’s such an urgent need to jump in and fix/help as your team takes on tasks. Most likely you’ve had experience in getting something done, a broader set of information from which to draw, and more resources to attack a problem. If there were enough hours in the day – you’d be able to execute those tasks more efficiently, with the added bonus of it being exactly the way you wanted it! And since you were the primary player in any of the compromises along the way, there’s no justification required!

That said, it’s one of the worst things you can do to your team. When you jump in and take over, or give them explicit instructions on HOW to do something instead of WHAT you’d like them to do, you turn them into a robot. A robot that will follow the process you told them to instead of figuring out a solution on how to get to a goal you set. And if that process hits an obstacle you didn’t see coming? The employee comes to you to figure it out at best, and at worst sits and idles while wondering how to get around this without violating the specific instructions you gave them.

A simple way to think about this is to constantly ask if you’re telling WHAT, WHY or HOW. WHAT you want to get done is key – it’s how you track what you expect from your people. WHY you’re doing it is critical to employee growth, and making sure that they can negotiate any pitfalls while keeping your original goal. But HOW is so destructive – because it teaches your team that there is only one way to do things, and that you’ll tell them what to do. You’re going to exhaust yourself coming up with HOW’s for your team – and the output will be so much less than you want. Meanwhile your team’s morale will be decimated because they don’t own responsibility for it, you do.

The one exception for HOW is when you’re employee is ‘stuck’ – and that’s…. 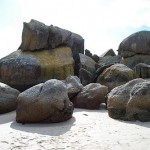 3) Remove the right boulders
In support of the point above, there’s a million ways to solve problems, and I like to use an analogy to illustrate on when to get involved. You’re on the path to success and you come to a boulder in the road. You can go around the boulder to the left, or around the boulder to the right. Both are perfectly acceptable (but diametrically opposed) paths to success. A good manager shouldn’t dictate that you go left or right (HOW) – but what happens when both left and right are blocked – that the team member hits a dead end? That’s when you have to step in and remove that boulder.

Remember – I don’t care how gifted or effective you are – if you’re a manager, there are very few things that can be as productive as removing the true stuck boulders for your team so they are not idling while you are frenetically spinning your plates.

It is such a tricky balance to not start dictating HOWs from your perceived stuck boulders – but if you trust your employees, you start with a ‘are you stuck at a boulder here’ before demanding how.

4) Be consistent in your pulls.
There are probably as many management ‘systems’ as there are managers. Some get great value out of a weekly activity run down (or daily or monthly). As a manager, you have an imperative to give your team a system to communicate high level goals, and let them communicate their wins (and losses). But nothing drives your team more nuts than if they think they’re using your system, and you aren’t. If they are managing their workflow off of it, they’ll need you to be consistent in reviewing it and using it. Otherwise it’s crystal clear to your people that you both don’t have the interest in looking at what they’re working on, and also that you don’t have the discipline that you ask them to exert. And as attractive as that shiny new management system is, or how cool the article you just read was, don’t thrash your people on the ‘system of the week’. It proves that there’s not a system, and undermines whatever you already had.

Find what works for you, and iterate on that when you’re using it, don’t thrash.

5) Don’t let your people put themselves in a box.
People want to be good at ‘their jobs’. That’s how you tap into the power that comes from ownership above. The ambitious and aggressive members of your teams will probably let you know they want more challenges explicitly, but you have to coax others to step outside their zone of comfort.

6) Bring in Great People
This is so important – but I think most people get the urgency around this. Getting great people really comes down to these things:

Which leads us to.. 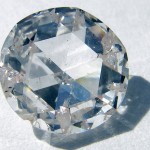 7) There is no ‘perfect’
The one caveat to the above on finding great people: There is NO PERFECT. (Or they would have your job somewhere else). Find out what you can manage. Always hire smart. Think about what they’ll be doing in a couple years and if they can grow, either in taking on broader responsibility, or as a deeper individual contributor. The two of them are very different. Then commit and get stuff out of the way (especially yourself). 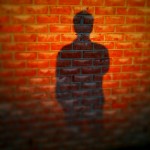 8) Don’t hire people like you.
I’m not just talking about racial/gender/identify discrimination.  You get the importance of not shooting yourself in the foot here, I’m sure. I’m talking about not hiring people who have the same Type A Personality, or who came from the same kind of background. This is such a hard thing – as we tend to be attracted to people who think like us/talk like us. But having a diversity of personalities and work styles is sooo critical. The first advantage to hiring diversity is that you cover responsibilities better. The last thing I need as a manager is a bunch of people just like me. (I think my co-workers are grateful for that too). Hiring people who have strengths where I have weaknesses means that together the team can really work to cover all bases. The ‘get it done at all costs’ gal can push a project through, and the meticulous checklist guy can make sure that we don’t get our selves in trouble down the line, and that we have processes running smoothly.

The second advantage here is just that personalities come in too many varieties to reject potential great team members just because they are shy, too loud, come from a different background, or are not someone you would necessarily be first to go out for a beer with. It’s true that you spend way too much time with these people to work with jerks – but that doesn’t mean you can’t a bit more heterogeneous personality mix on your team.

9) You can’t manage over email, or a task manager, or a list…
Managing people means sitting down with them and understanding what things on your list they’ve fully got, and what things they have the boulders on. Nobody wants to put in an update to their boss that they’re way behind or scared, or blocked on an important project. That stuff comes out by talking through (not directing!) their projects in regular meetings. The agenda of the 1/1s (you do have 1/1s, right?) is to check in on their world, find out what THEY want to talk about, listen, remove boulders, and then see what you can do to get them to elevate their game, dream higher and take your job.

That’s it. Would love your feedback, additions, and/or violent reactions.

I'm a marketing professional with a background in both B2B and B2C marketing. I specialize in rapidly scaling marketing organizations, and have been successful at scaling organizations such as search marketing tech firm Conductor, gaming hardware manufacturer Turtle Beach search engine optimization (SEO) and real estate tech firm SiteCompli, Inc.